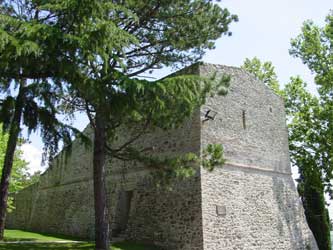 After Braccio da Montone died, his son Carlo, General of the Republic of Venice, tormented Pope Sixtus IV della Rovere by devastating the lands of the Papal States. So, the Pope sent his legate Lorenzo Giustini to Montone with 600 terrazzani (sappers) that in three days and three nights destroyed the castle and the fortress built by his father 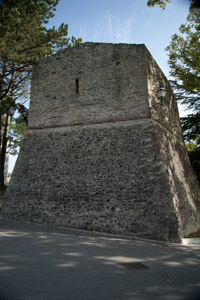 Braccio in 1478, “… they arrived in Montone and destroyed the walls and even the house of Count Carlo, which was one of the most beautiful and magnificent in Italy, built by his father Braccio…” [P. Pellini, Historia di Perugia, Venice 1664, vol 2, pg. 769]