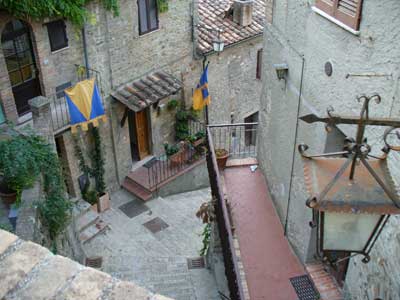 Population
The considered territory covers a small portion of the Comune of Umbertide on its lower side and coincides largely with the municipalities of Montone and Pietralunga. The general number of inhabitants can be estimated at about 4000 people, with an extremely low population density (21 inhabitants/km, in view of 98 inhabitants/km of the Region of Umbria), caused by the massive rural exodus occurred between 1960 and 1975; the Regional state-owned complex incorporated the most of abandoned farms and it has now an extension of more than 10,000 hectares, which passes over the boundaries of the valley and goes up to the crossing of Bocca Serriola.